Home Kitchen How to Replace Kitchen Faucet by Yourself Easily

Problems of kitchen faucet might be so annoying which as a matter of fact could easily be eliminated as long as you know how to replace kitchen faucet itself. Those who have never been dealing with such issue might think that it is a hard thing to do in dealing with this kind of problem.

As a matter of fact, when it comes to the kitchen faucet replacement, you can easily get it done by yourself. These are the ways to get that job done on your own.

Turning off the valves of both hot and cold water is the start of how to replace kitchen faucet. The valves are located right in the cabinet under the sink. Replacing the faucet means that you have to remove the old one so that by turning off the valves you will prevent the water to be all over the area when the faucet is removed later on.

Once the valves have been turned off, you will need to open up the faucet itself so that the pressure is relieved. You should wait for several minutes first before going to the next step of replacing kitchen faucet.

Next thing to do is to use a pair of channel locking piers along with adjustable wrench to disconnect the water lines from the faucet. This is the initial step on how to replace kitchen faucet which needs to remove the old faucet from the water system at first.

You should also check out the gaskets and also supply lines in this step so that you can also replace them if they are worn out to ensure there will be no more problems in the near future. When you need to replace the supply lines, it is better to use flexible one.

Next on how to replace kitchen faucet is to use a basin wrench to remove the nuts securing the tailpipe of the faucet. Disconnect the possible line connecting the hose right into the faucet soon afterwards.

Now put away the old faucet and clean out the surface of the sink where the faucet was previously installed. Use new gasket to seal the new faucet after you ensured that it fits the space.

How to replace kitchen faucet consists of several steps that could be considered as hard thing to be done. Yet it is actually simple and easy to be done in no time. 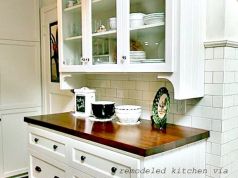 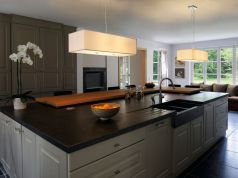 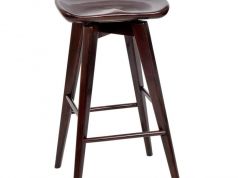 Kitchen Bar Stools With Back